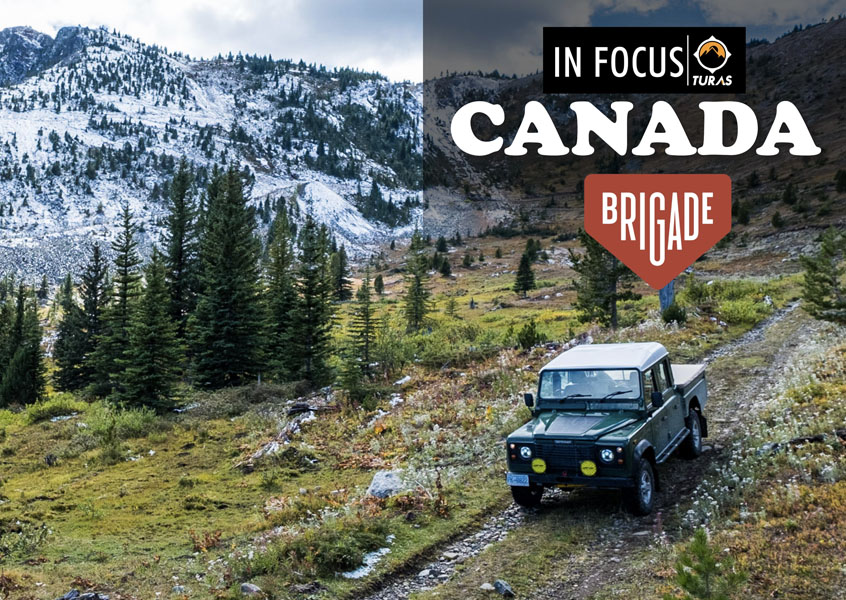 Canada has a very interesting and expansive geography that occupies much of the continent of North America, sharing land borders with the United States to the south and the U.S. state of Alaska to the north-west. Stretching from the Atlantic Ocean in the east to the Pacific Ocean in the west; to the north lies the Arctic Ocean and it also has the longest coastline in the world, with a total length of 243,042 kilometres or 151,019 miles. It is also interesting to note that Canada is home to the world’s northernmost settlement, Canadian Forces Station Alert, on the northern tip of Ellesmere Island—latitude 82.5°N—which lies 817 kilometres (508 mi) from the North Pole. 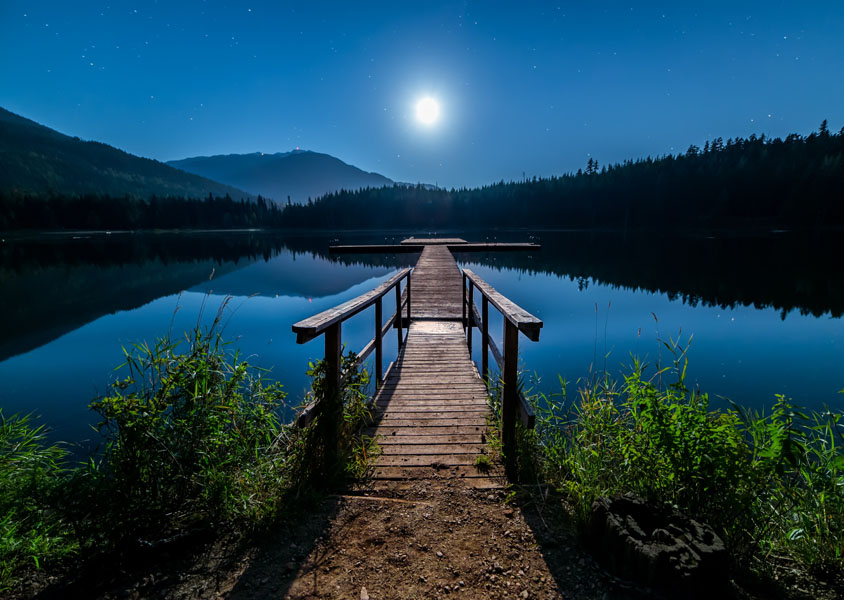 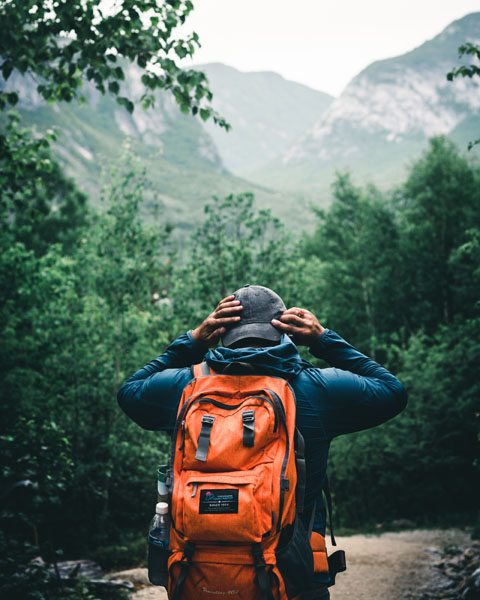 Did you know that Canada is geologically active Having many earthquakes and potentially active volcanoes. With a varied climate you can go from one extreme to the other. With such a diverse landscape Camping in Canada offers some of the best experiences globally. Predominantly there are four types of camp grounds in Canada.

Parks Canada Camp-grounds (located front country, as well as backcountry) are located inside one of the National Parks of Canada and are owned and operated by Parks Canada. Parks Canada camp-grounds get very busy during high season so its advisable to book in advance. 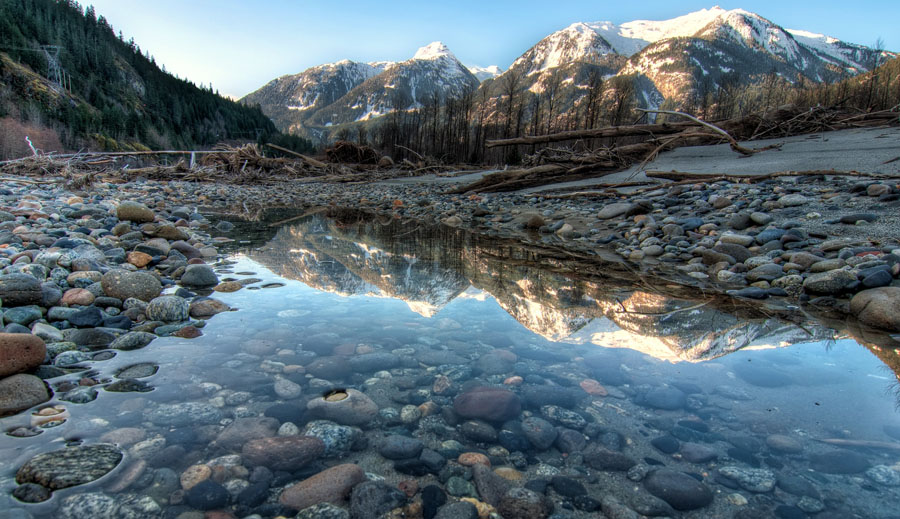 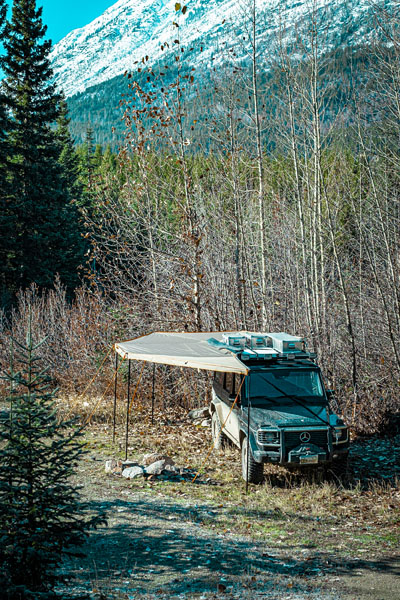 On public land (National, Forest) and areas that are not privately owned (Crown Land), wild camping is generally allowed. Since lots in Canada can be quite large, you should make sure that you do not camp on private property or ask the owner for permission in advance. Depending on the province or territory you wish to visit, there may be additional prohibitions that further limit the possibilities of wild camping, also known as ‘backcountry camping.’ However, some provinces allow camping under special conditions in isolated provincial and national parks. You can find more information about this further down the page. 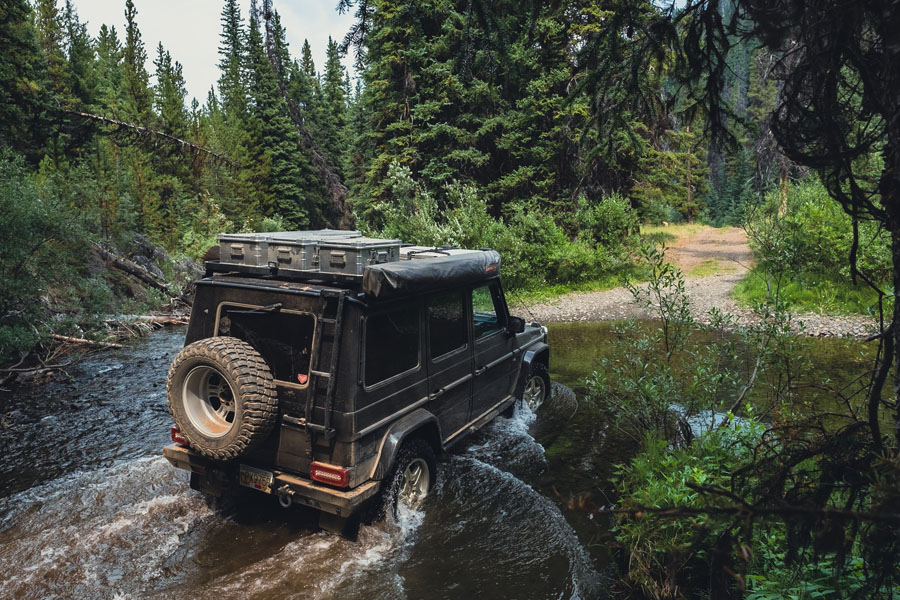 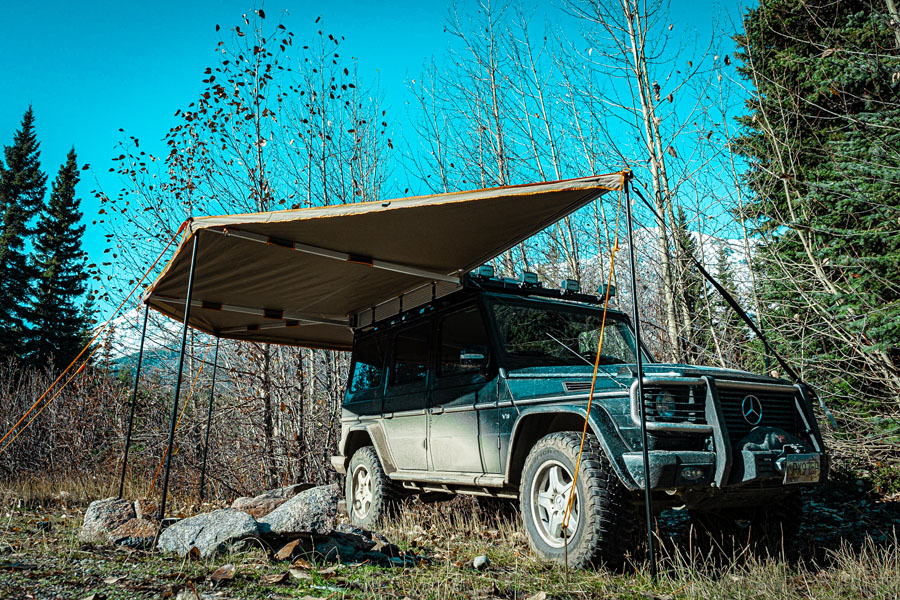 Most Parks Canada campsites have fire pits or metal fireboxes for your camp-fire. You should only build a camp-fire in a designated fire pit when camping in a Parks Canada location. Keep your fire small and under control.

As part of our global catch up with enthusiasts in the industry in this issue we catch up with Spencer from the Canadian based Brigade Overland who are based in Vancouver in Canada. They are a family-owned & proudly Canadian company through-and-through. With connections to the very best off-road & overland brands around the world As off-road enthusiasts they know how difficult it can be to shop from Canada, which is why all of their products ship directly from their warehouse in Vancouver, in British Columbia. Brigade Overland staff & partners have built countless vehicles and ventured to all corners of the world, testing products to make sure nobody gets left behind. 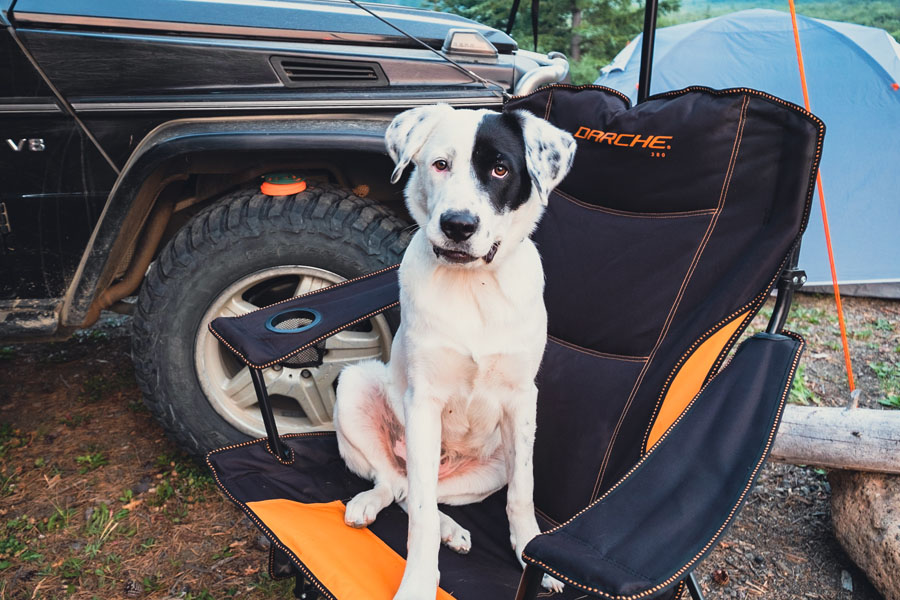 Why do you enjoy the great outdoors?

Being out in nature has always been a draw for me. Growing up in my family we would go on camping trips in our VW Westfalia, up and down the Pacific coast, in to the Rockies, and it was always at proper camp-grounds or wild camping

Do you wild camp?

Wild camping is so common in Canada that it’s just simply called “camping”! We’re spoiled with limitless places to pitch a tent, it’s a country where you really can just stop and camp wherever you like – most of it is public land. 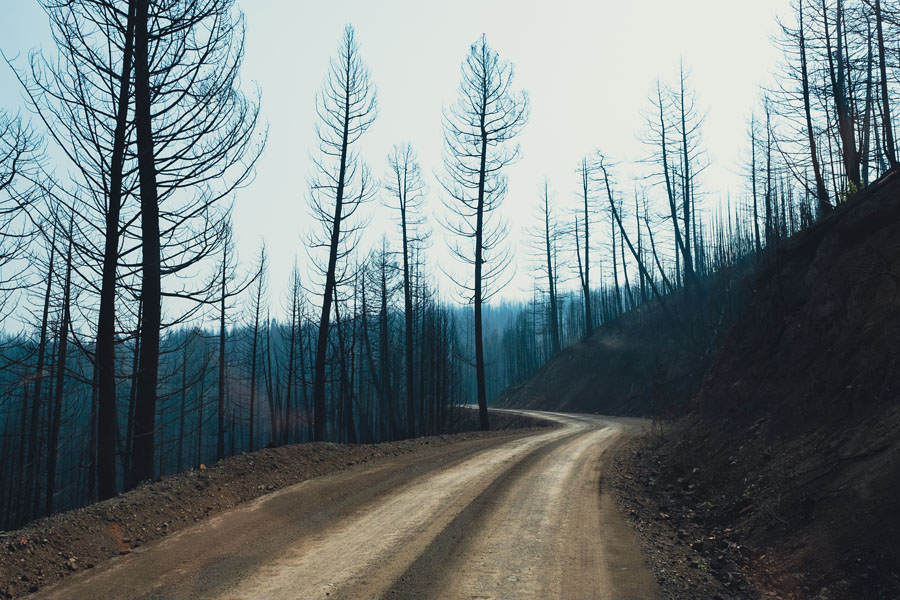 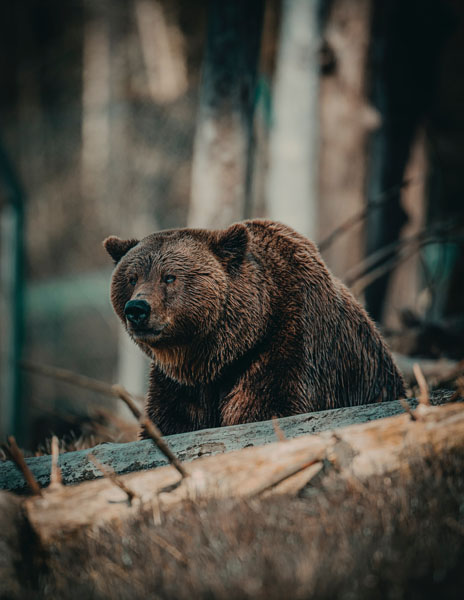 What’s so cool about camping?

Camping is such a different experience from home life, and around here it’s tied strongly to the distinct seasons we have. For me it’s all about Summer nights: long sunsets that last forever, warm breezes, and stunning views.

I’ve got a 2000 Defender 130 DCPU, and my business partner has a 2003 Mercedes G500. We’re both die-hard automotive enthusiasts. Both vehicles carry with them a go-anywhere legacy, and have some fascinating military history as well. Canada’s armed forces even use the G-class as their standard vehicle. 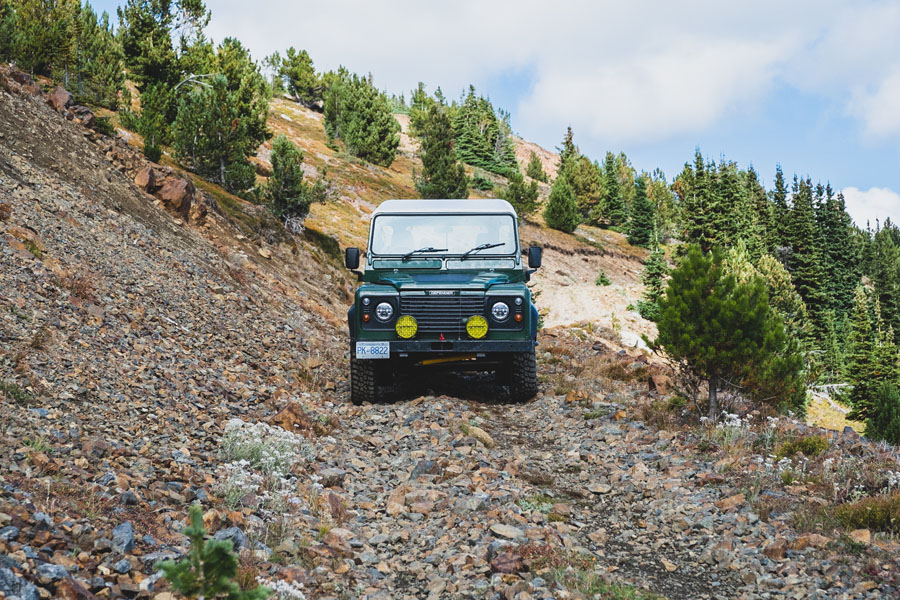 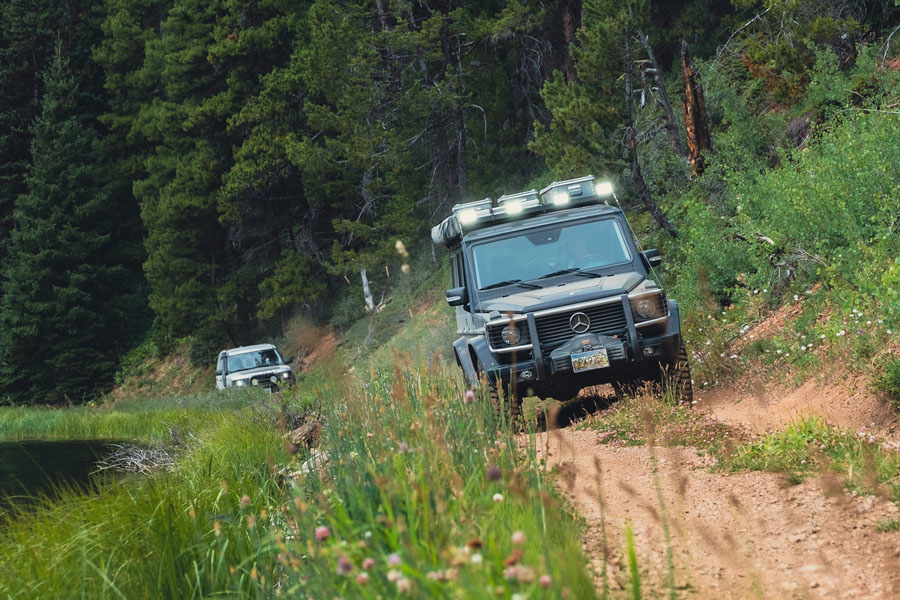 Can you tell us a little bit about camping in Canada: e.g. Rules, regulations and laws?

We’re blessed with public land all across Canada, and as long as it’s not a park or privately owned you’re free to camp anywhere. However, many provinces have established campsites, which are usually in a picturesque location. Services range from full water and power hook up, to simple pit toilets and fire-pits. Many of these more basic sites are 4×4 access only, and rarely receive visitors.

Any recommended trips or locations?

British Columbia & Alberta offer some of the most incredible scenery found anywhere in the world, so that’s where I’d start. There are hundreds of 4×4 routes and thousands of camp sites throughout each province, thanks in large part to a massive network of resource roads built for forestry and mining. My favourite areas are the Cariboo-Chilcotin and Kootenay regions of British Columbia. It still amazes me that we can get away for a few days and not cross paths with another soul the whole time.

Any tips for people considering camping in Canada?

Canada becomes very wild very quickly once you leave the main roads, so come prepared. Backcountry travel is not dangerous here but can be if you get stranded thanks to a slashed sidewall or broken down vehicle. Bears and other animals are always a concern but are rarely dangerous – keep your food secure and sealed. If I’m venturing away from phone service (which doesn’t take long) I’ll always travel with another vehicle. That said, there are many routes that solo travellers can take on without being too far from civilization. 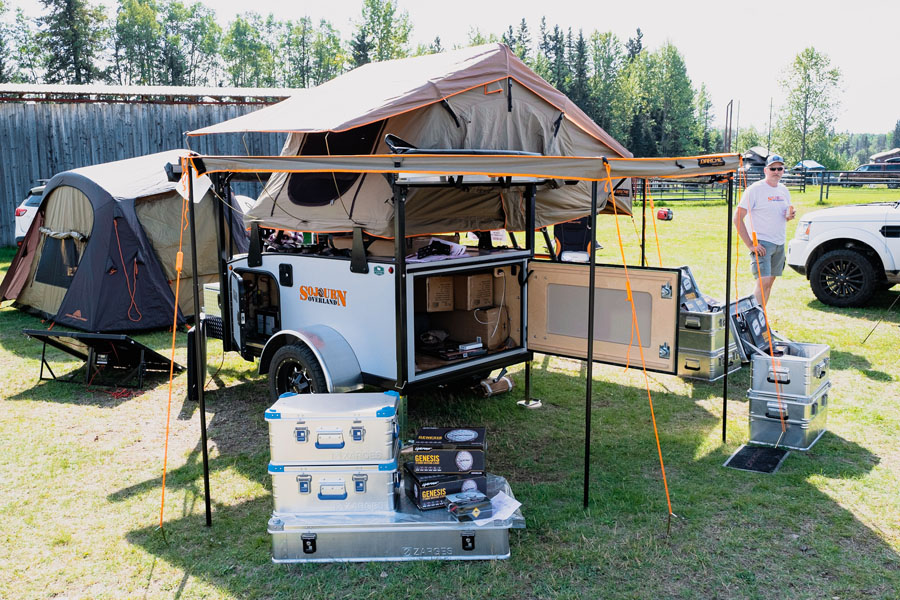 Do you see many roof tents / swags /overland vehicles in Canada?What’s your favourite type of camping and why e.g. Roof Top Tent, swag on stretcher etc.?

Roof top tents are massively popular in Canada. Due to the nature of camping here, you’re more comfortable being off the ground away from critters, damp and snow. RTTs enable people to start camping in the winter more often, which wasn’t much of a draw 10 years ago. We have seen swags become more popular because they offer a ground camping option that is suitable for all conditions, and many people would rather not leave a RTT mounted year-round – or they want the roof clearance for overgrown trails.

I’ve always been a fan of cooking in a cast-iron pan. They’re extremely versatile and durable for everything from bacon and eggs to a stir fry, but having a charcoal BBQ is a great option because it leaves fewer dishes to do, and there’s nothing quite like a prime Alberta steak, fresh off the grill. 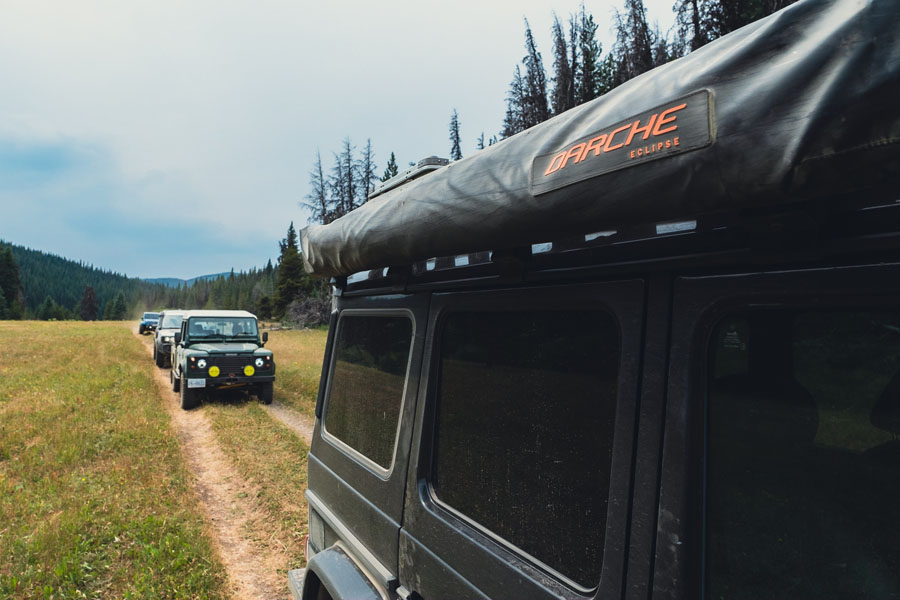 Tell us a little bit about Brigade Overland

We started Brigade because as avid off-roaders we couldn’t find a company that was stocking products we wanted right here in Canada as a distributor. With the USA right next door, we often find that getting the right gear is difficult because of the cross-border customs hassle and inflated shipping costs. So, we leaned on a few connections in the off-road world and ended up where we are today – supplying Darche to the Canadian market, along with a few other choice overland brands.

DARCHE has just about everything you need to kit out a vehicle. Many other brands make just RTTs, or just chairs & awnings. DARCHE products carry with them quality, and we know that if anything ever did go wrong, they’d support us and our customers all the way. Once you find a brand you like and you experience the quality, you tend to keep with that brand for the rest of your kit, so it’s great that ourselves and our customers can get everything from a camp chair to a mega RTT from one source.

Well that’s our second IN FOCUS chat with the guys from Canada stay tuned for the next couple of issues as we make our way around the world catching up with more like minded folk. 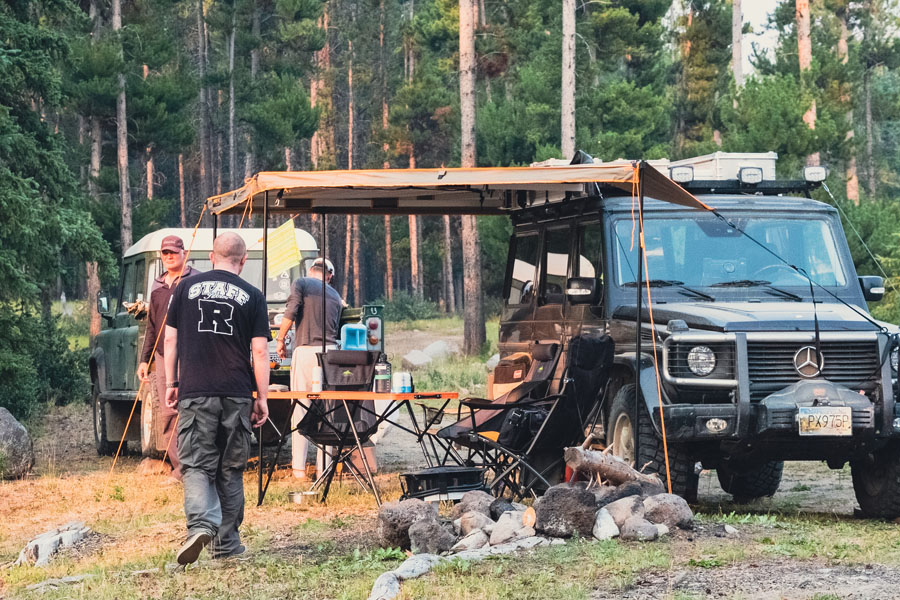 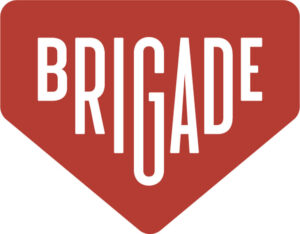 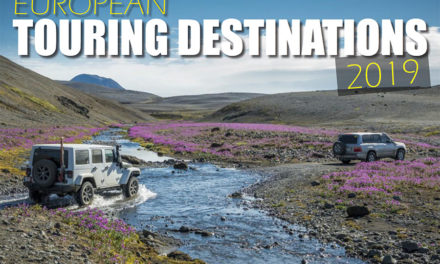 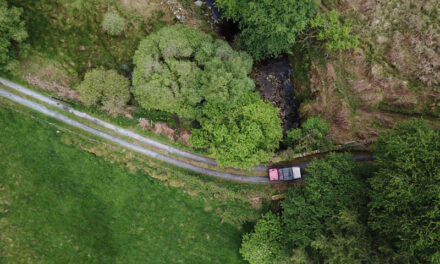 Out on the Tracks with the Outpost AT from Nokian Tyres 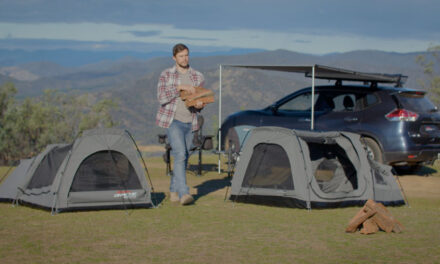 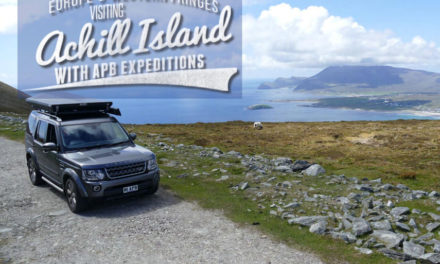 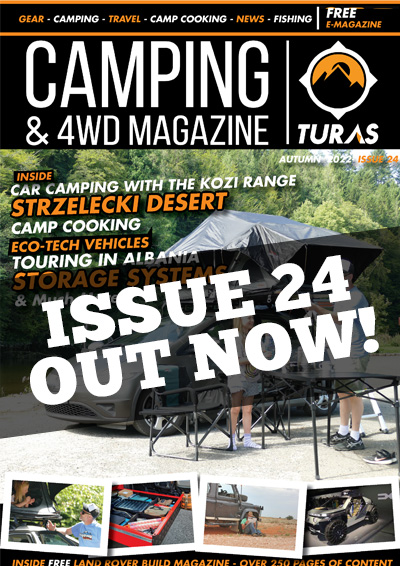