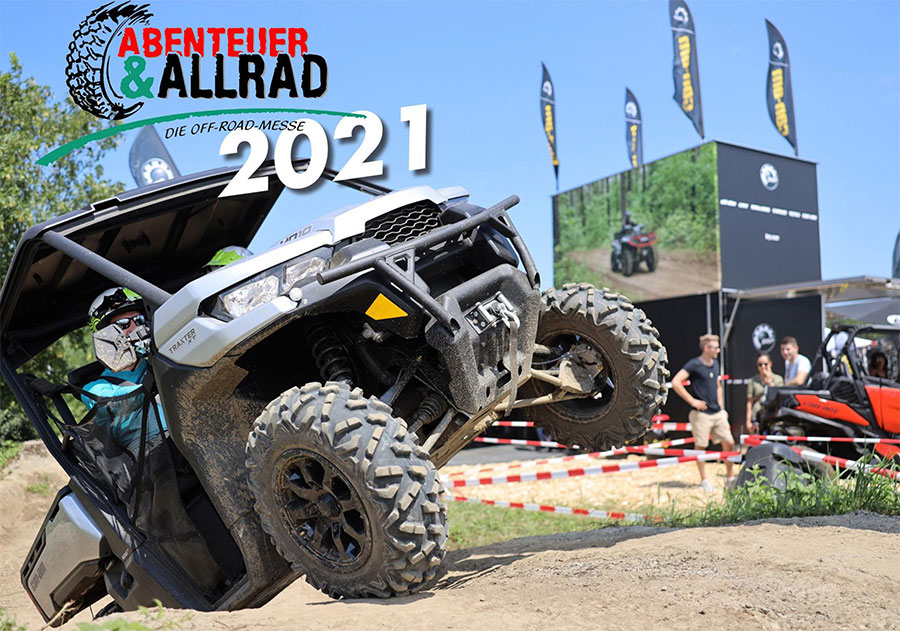 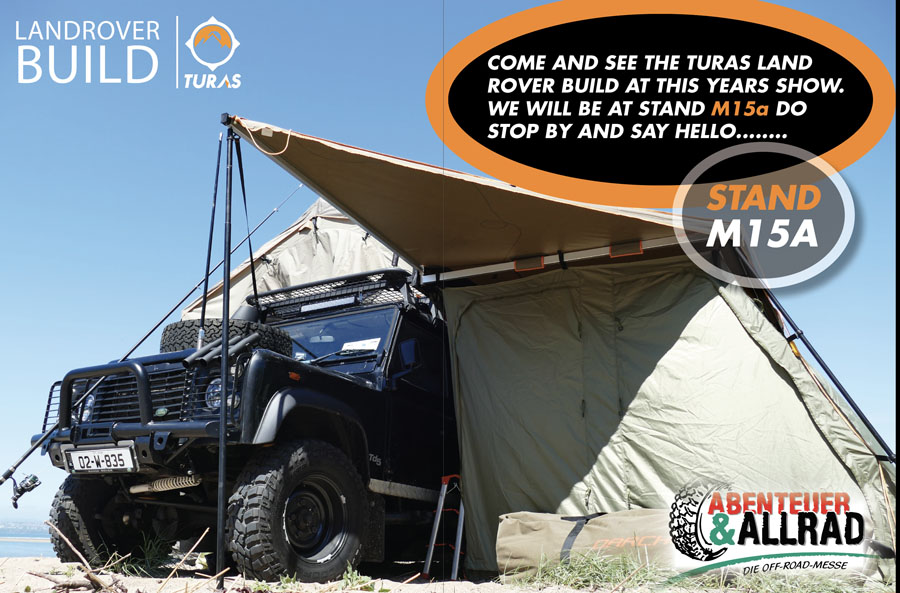 For the first time in its more than twenty-year history, the ABENTEUER & ALLRAD had to be cancelled due to the worldwide pandemic, the ABENTEUER & ALLRAD DIGITAL took its place last year. In order to be able to hold an open-air event of the magnitude of ABENTEUER & ALLRAD 2021, the trade fair not only had to be postponed for a second time,but a strict safety and hygiene concept was also developed to protect the health of exhibitors, visitors and employees, and this scheme is continuously adapted according to current developments and the advice of health professionals and to government guidance and regulations. 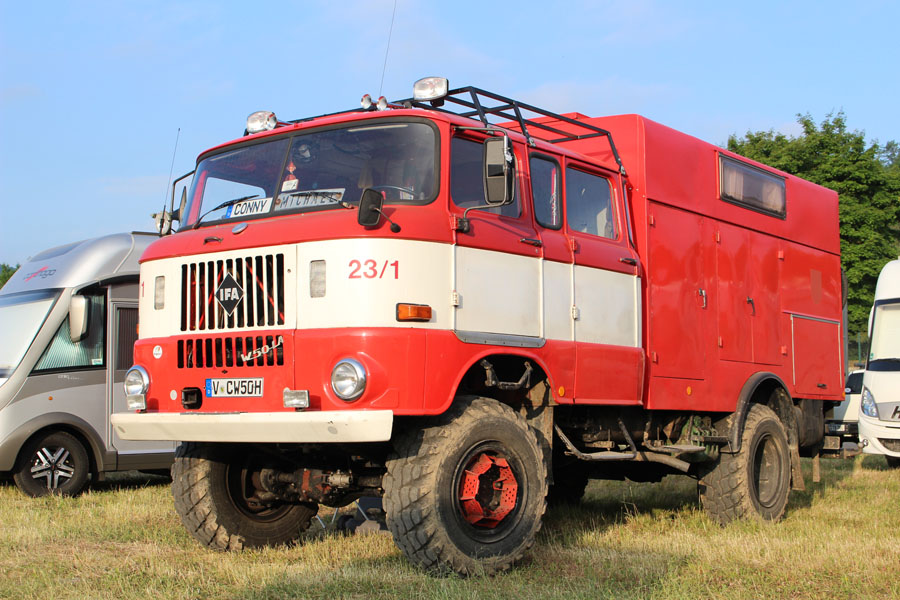 After being cancelled a couple of times over the last year and a half, the Bavarian Government in Germany has now given the thumbs up for this year’s event to take place between the 21st and 24th of October..With protocols now in place,this year’s show’s motto is ‘’By Far Unmatched’’ and we definitely think so with over 350 exhibitors showcasing and selling 4WD accessories and camping products,, you will need a couple of days to see everything that’s on display. We are very excited to announce that we will be displaying the recently built TURAS Land Rover 90 that will be on display so be sure to pop over and say hello. 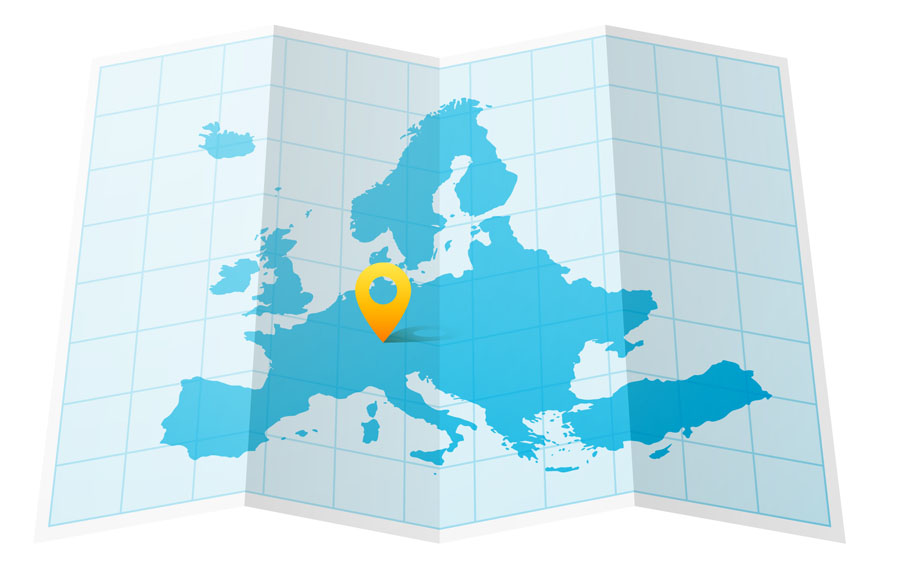 As highlighted by Thomas Schmitt the Abenteuer & Allrad’s Marketing and Communications Manager “Only when you don’t have something anymore do you realize how important it is.” Not a very original proverb, however it sums up quite aptly, the feeling of thousands of exhibitors and visitors from all over the world, when it was announced last year, that the Abenteuer & Allrad Expo was to be cancelled due to the pandemic. 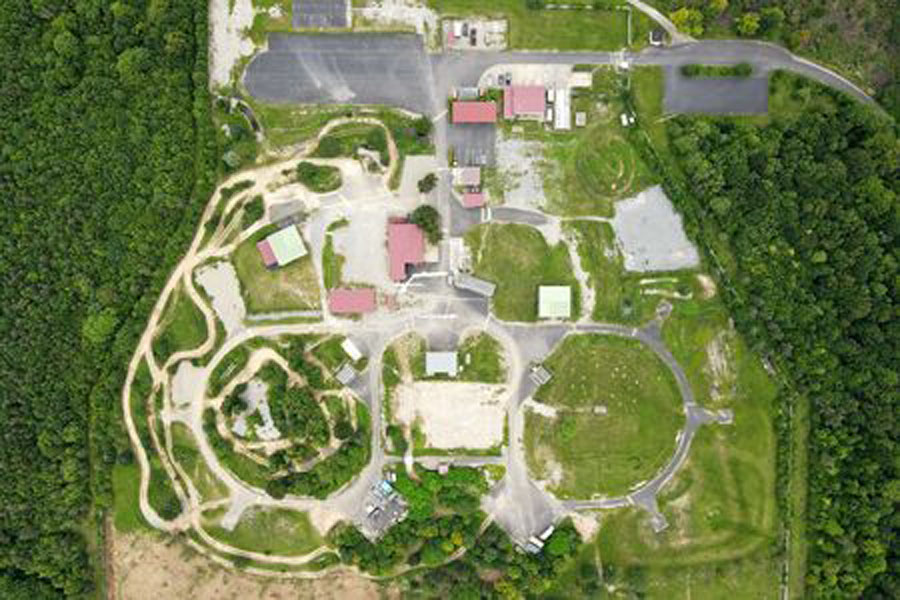 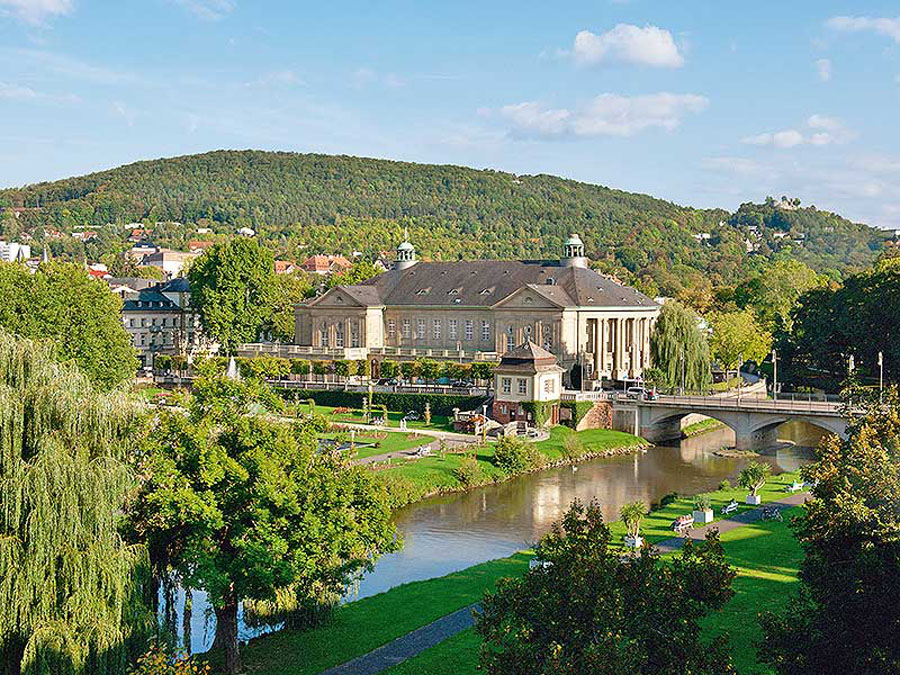 Digital events replaced the live show , and the ABENTEUER & ALLRAD DIGITAL experience and digital events were created to provide some form of continuity, however, nothing can match the real thing, the experience of attending a live trade fair! At a live event you can make new contacts. Chat with and have personal consultations between exhibitors and customers, touch feel and look at the variety of products on display. Sample a cold beer on a warm day, or enjoy some tasty foods with new friends as well as do some shopping for some great new gear. 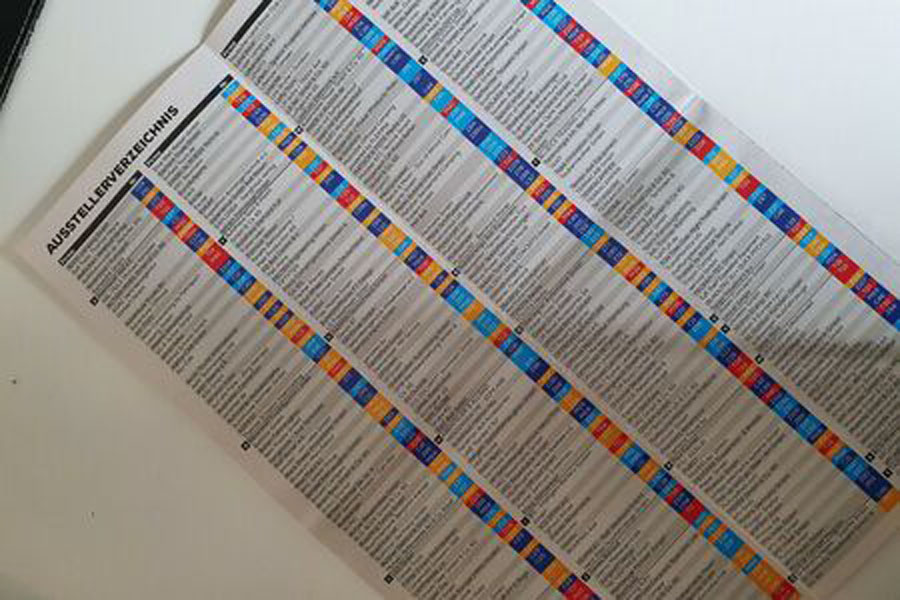 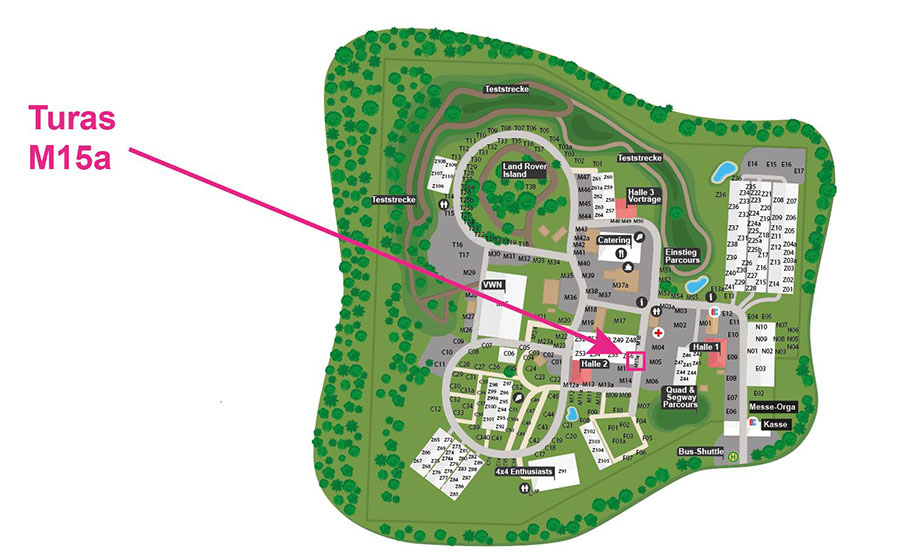 This is why face-to-face fairs are so important. New Hybrid events in combination with Digital shows have their place, as the past 18 months have shown, but there is no doubt that trade fairs are irreplaceable and indispensable. And this applies particularly to Abenteuer & ALLRAD.
For those of you who have not yet been to this amazing event,the show itself is held in Bad Kissingen located just a couple of hundred miles southeast of Frankfurt in Germany. With numerous nationalities including British, Italian, Swiss, French, Swedish, German, Norwegian, Irish and a few Australian, South African, American, Brazilian and Mexican flags flying, this was a multinational 4WD gathering. 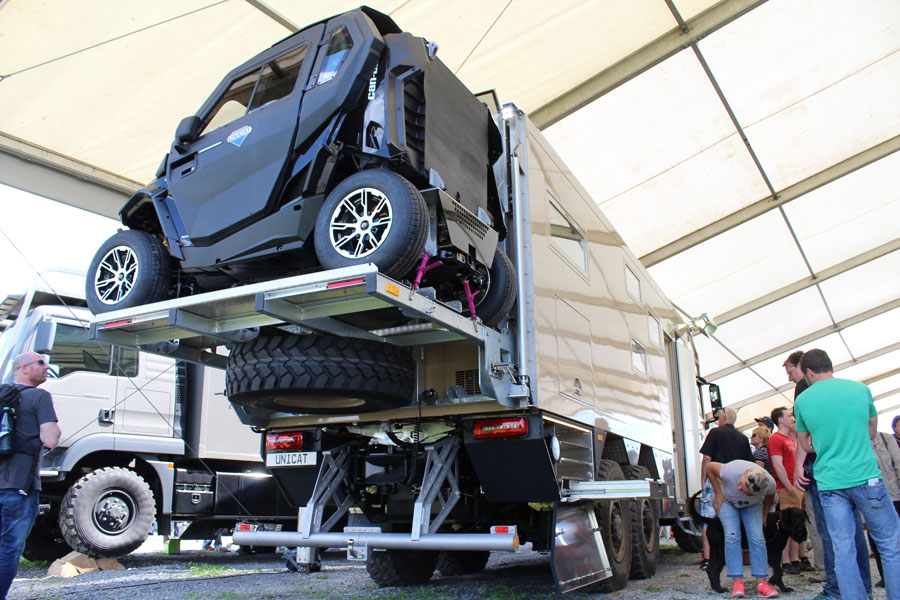 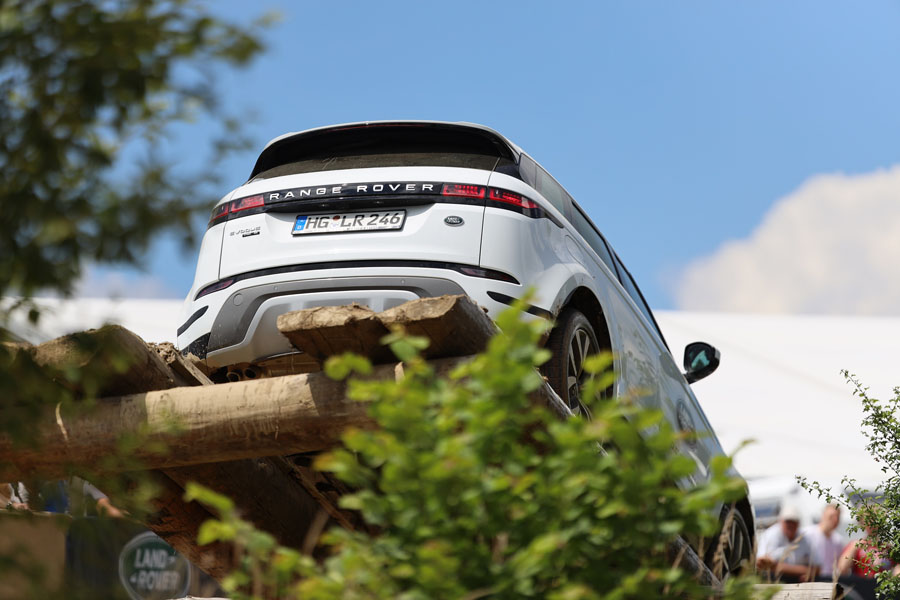 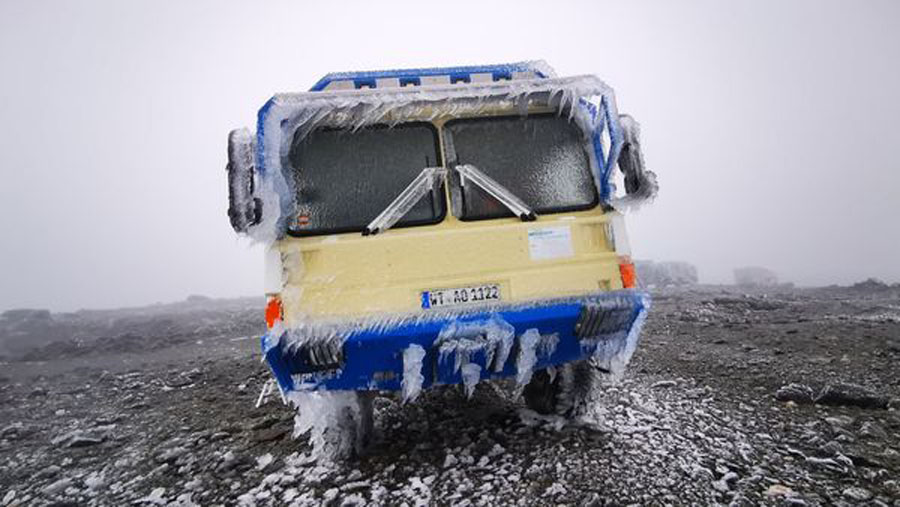 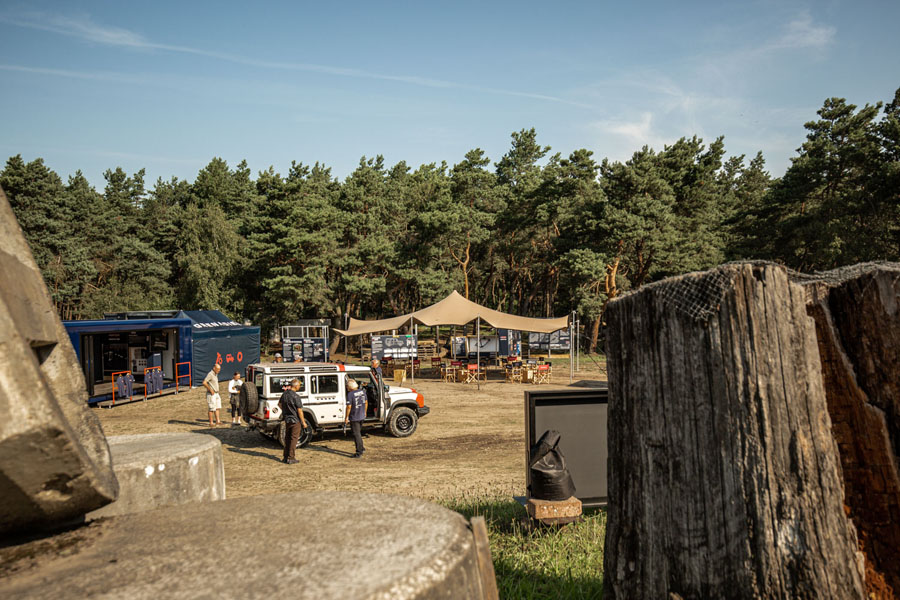 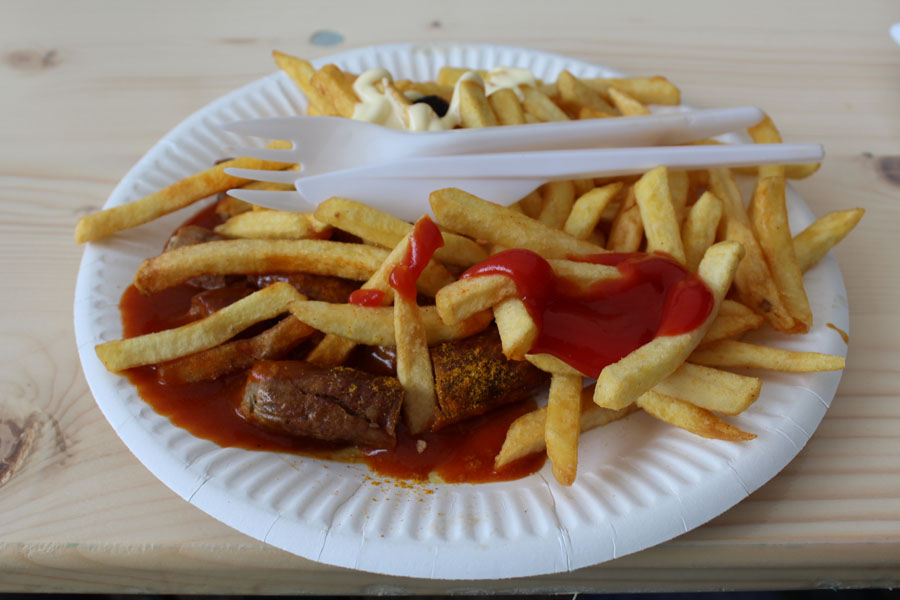 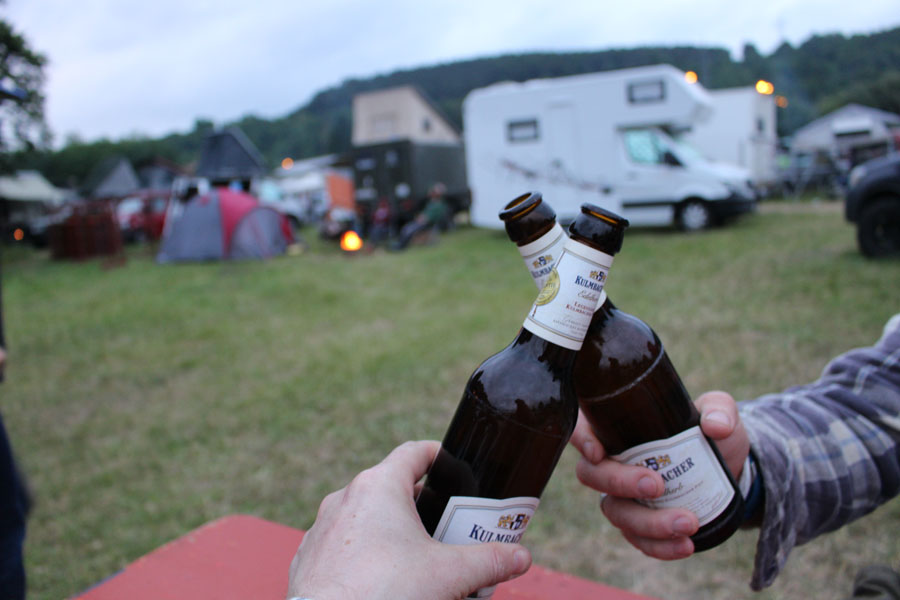 The show itself focuses on all things 4WD with cross country vehicles of all shapes and sizes on display in the generous 110.000 sqm exhibition space. With over 350 exhibitors showcasing and selling 4WD accessories,outdoor equipment and camping products you will need a couple of days to take it all in and see everything that’s on display.

Similar to other 4WD shows around the world, this one also incorporates custom made off road tracks where visitors can drive a number of off road vehicles including trucks, quads and the latest 4WD vehicles. The new INEOS Grenadier will also be there and we are very excited to get a chance to see it for the first time. This vehicle has hit four off-road shows throughout Germany, France and Italy over the last few months and will be making an appearance and Abenteuer & Allrad show The 2B Tour is named after the 2B prototype vehicle, which Ineos are currently testing in plain sight all over the world.Over the last few months they have been using an off-road roadshow as way for interested members of the public to see, and have a test ride in, the INEOS Grenadier. The 2B Tour’s European leg kicked off in Friedrichshafen in Germany a few months ago and will finish off at the Abenteuer Allrad show. Other vehicles on show will also include Land Rover, VW Commercial Vehicles, Mercedes-Benz, Toyota, Porsche and much more. 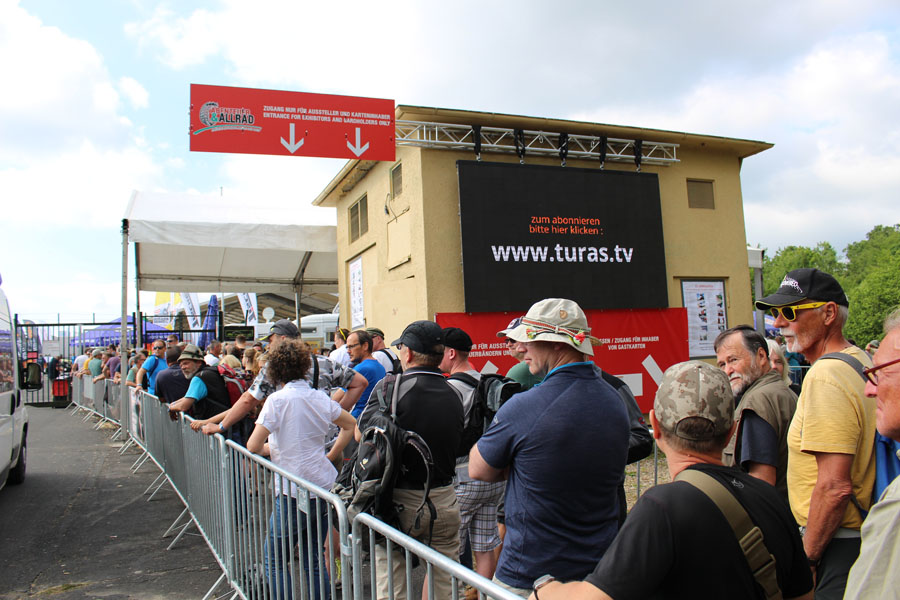 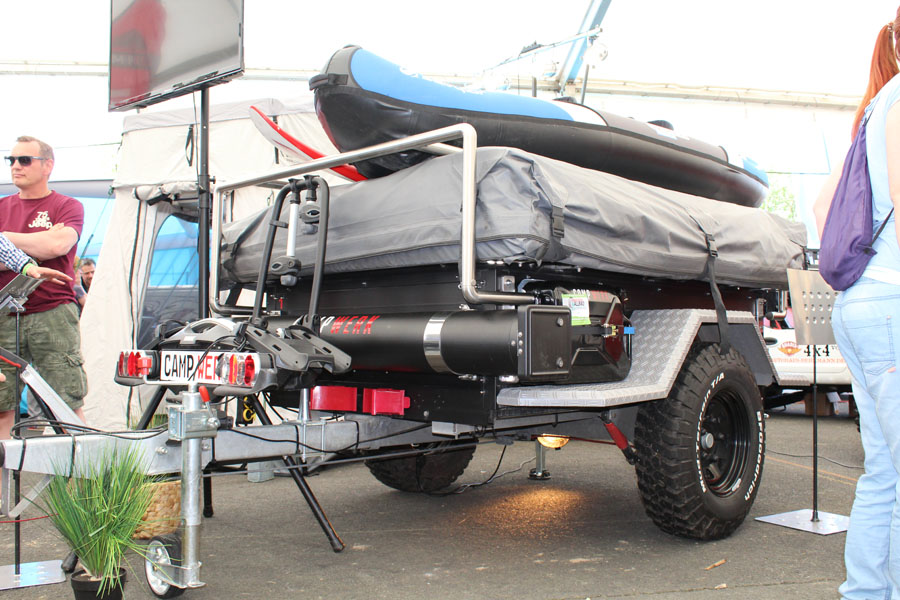 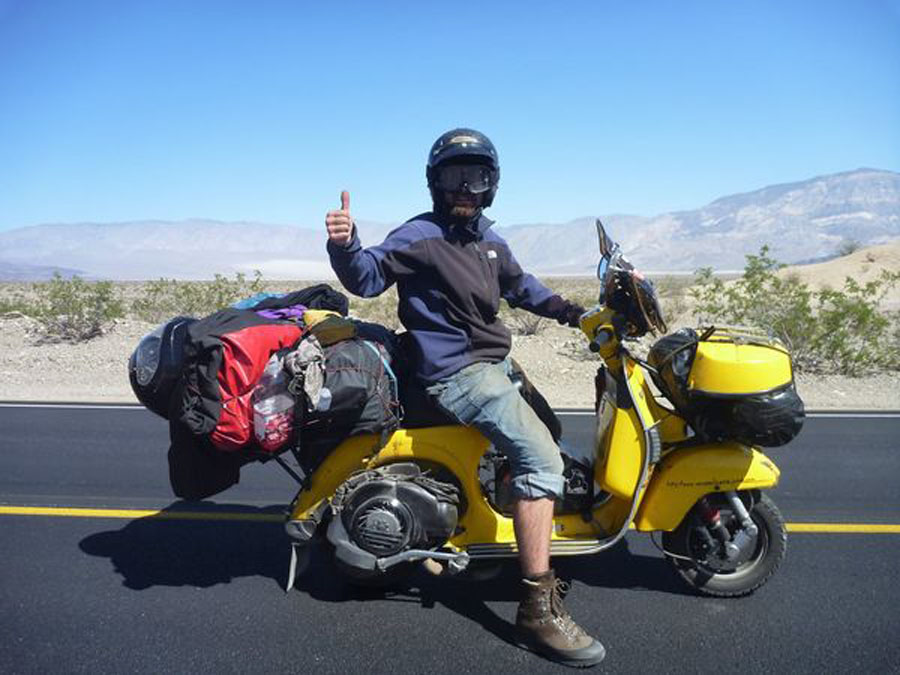 If you are going to be at this year’s show don’t forget to check out the organised travel talks from Europe’s well known globetrotters where you will be able to get plenty of advice from the various off road travel companies showcasing their most popular off road expeditions, this event has something for everyone. If you are an extreme adventurer be sure to go and listen to Mr Joey Kelly. Before becoming an extreme athlete Joey Kelly traveled with his family through Europe and the USA to earn a living with street music. In the 1990s, the family became world-famous as a pop and folk band under the name “The Kelly Family”.Today, the musician, extreme athlete and adventurer Joey Kelly has long been a television personality with a wide following and is known, among other things, as a candidate of fun competitions such as the “Wok World Cup” and the “TV total-Turmspringen” he will be at the show on the 24th , and will also be available for questions, autograph requests and selfies. 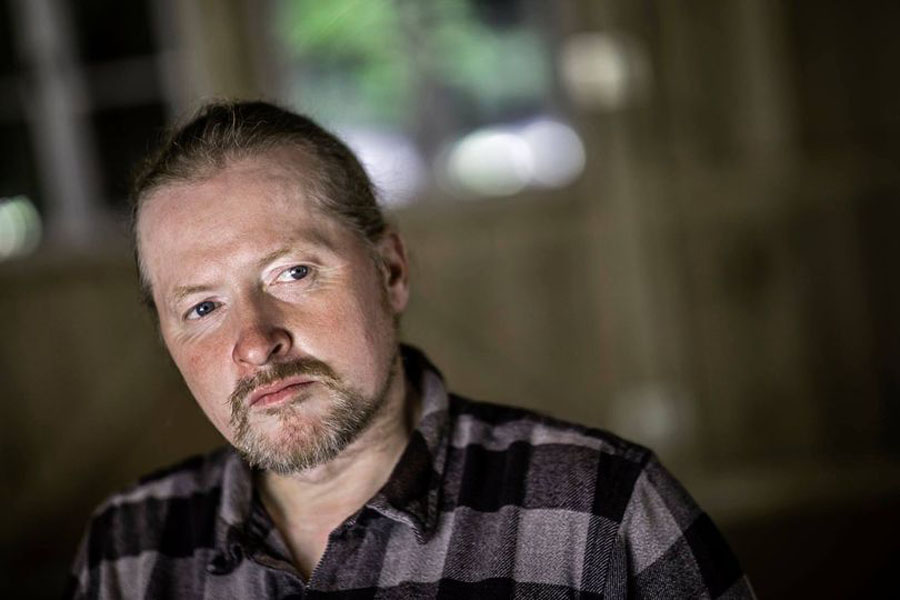 Also on Sunday 24th the show will have a focus on children and families where visitors can look forward to various activities such as face painting or painting competitions. As part of the charity campaign ABENTEUER & ALLRAD HERZENSSACHE, two charitable aid projects will also be supported on this day. 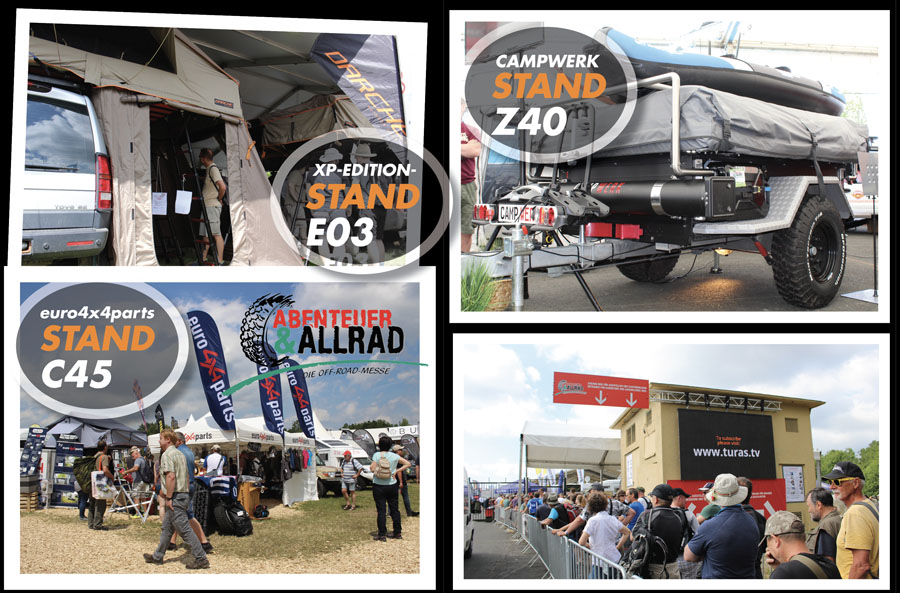 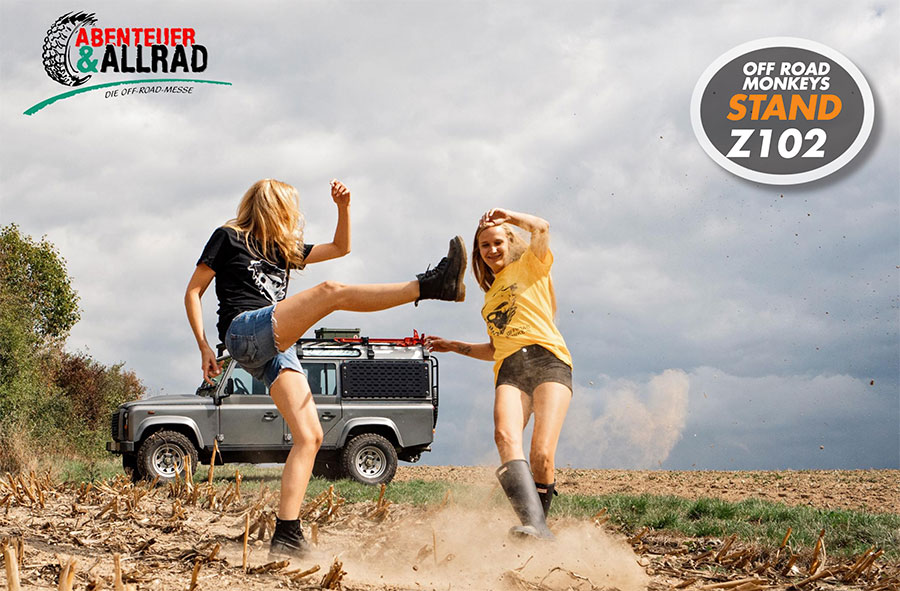 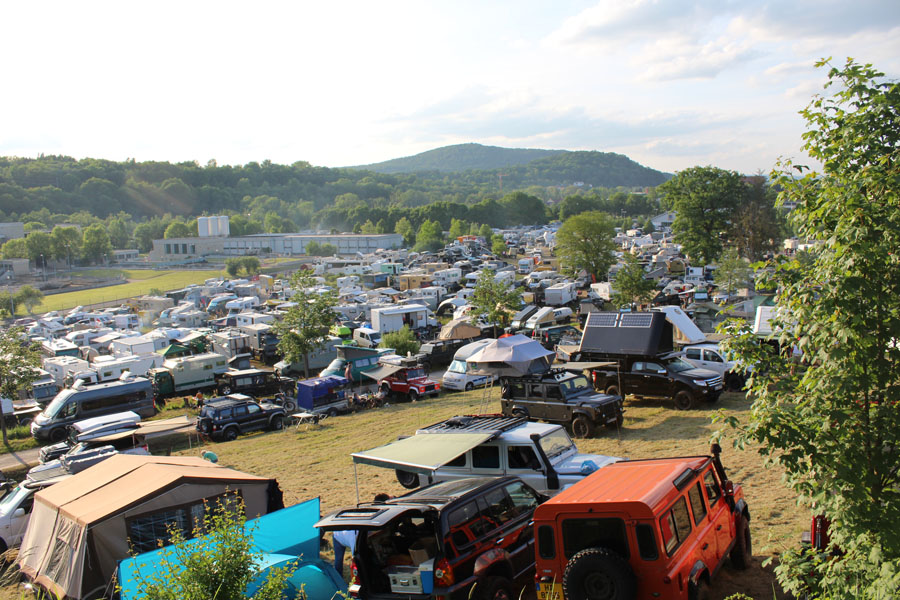 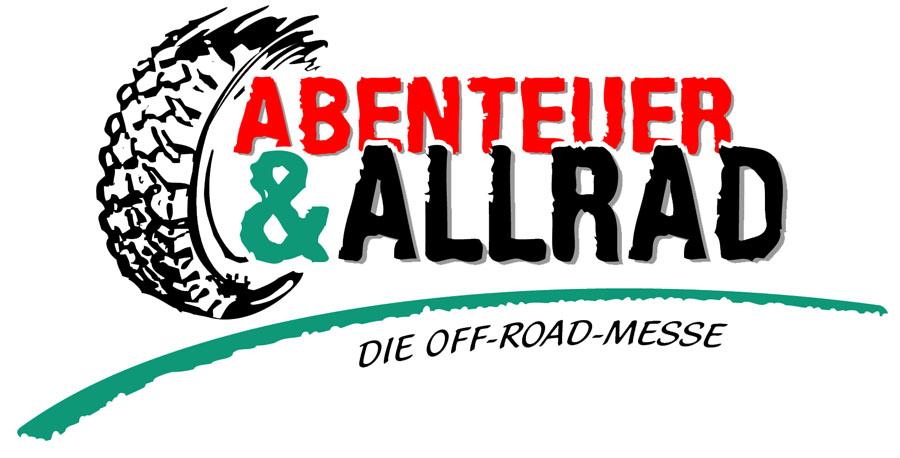 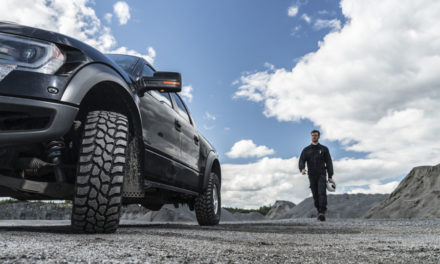 Caring for your Tyres with Nokian Tyres 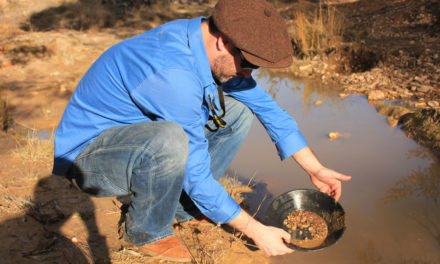 From Cornwall to Australia- A Miner’s Tale 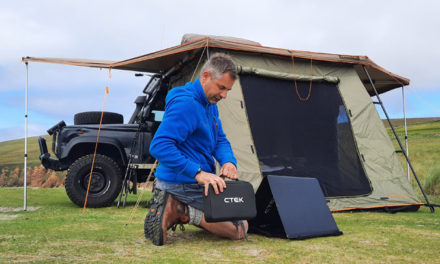