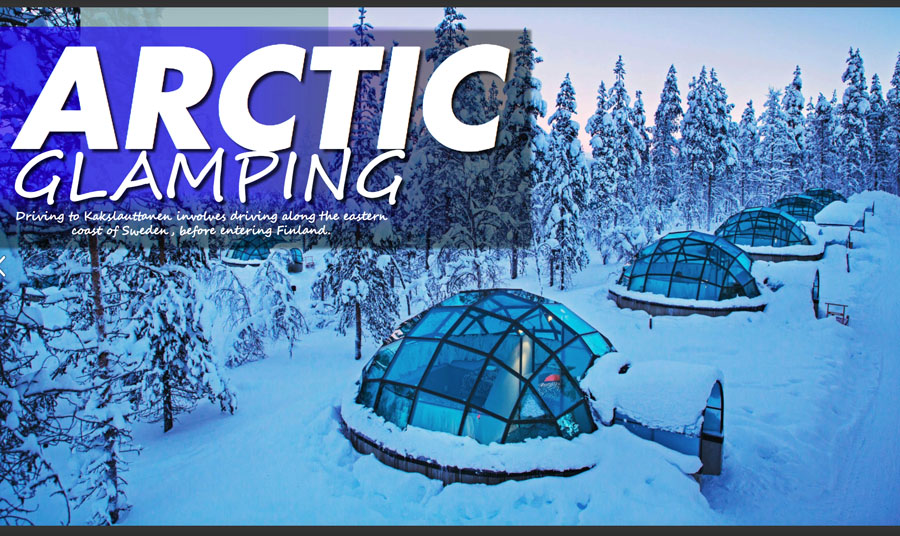 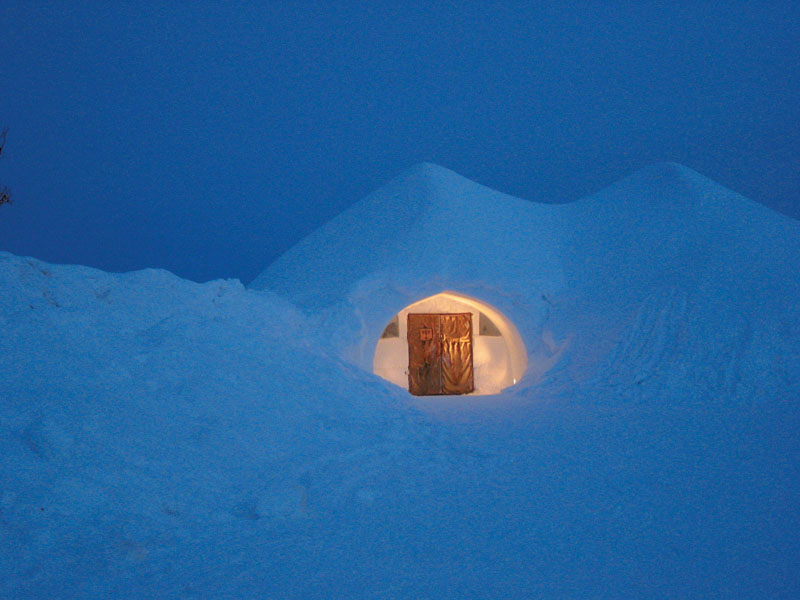 Its a 34 hour, 3,111 KM drive from Calais,or 29 hours (2,470km) from Berlin so if you are planning on driving there it’s probably only feasible if you intend to spend some time there or to include it as a destination in a larger Scandinavian tour. There is free parking places next to all the cabins and there are plenty also in front of the restaurant buildings. You could also fly into Ivalo airport (just 30 minutes away) or Rovaniemi Airport which is served via a bus service which passes near to the resort.

Driving to Kakslauttanen involves driving along the eastern coast of Sweden, before entering Finland, and when you get there the Resort would also serve as an excellent base for visiting Norway, for example the North Cape. It takes about an additional 3 hours to drive from the resort to Norway.

The family run resort has been in existence for over 42 years, and has been continually enhanced over that time. 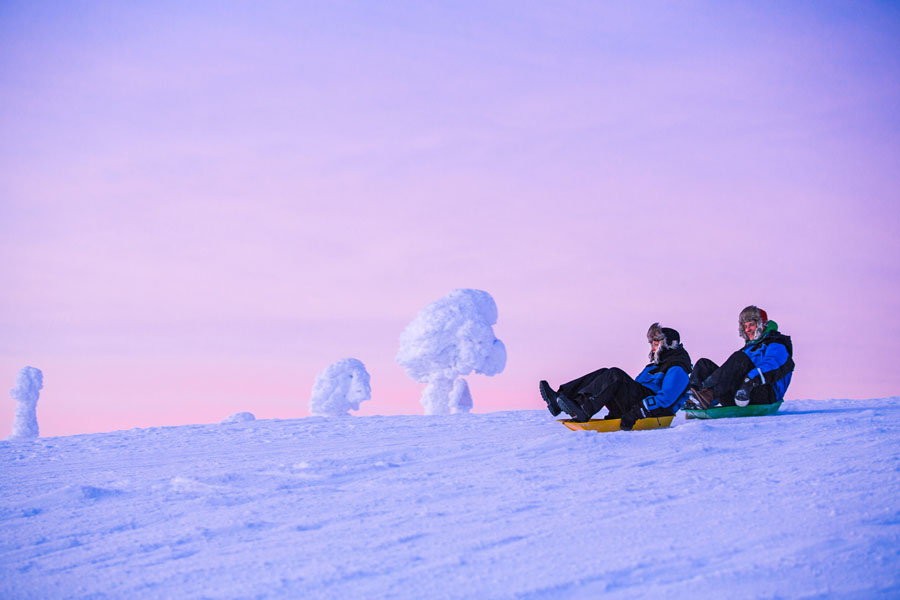 The resort is particularly renowned for its iconic Glass Igloos and the magical Northern Lights- and there’s plenty of other arctic secrets to explore.

Numerous unique excursions from reindeer and husky adventures to a meeting with Santa and panning for gold make for a memorable stay. The resort is located in the midst of some of the cleanest natural environments in the world and is also located right beside one of Finalnds largest national parks, Urho Kekkonen National Park.

Up north, the winter is long. There’s snow on the ground from about mid-November until the end of April.

Kakslauttanen is one of the best places in the world to wonder at the magical glow of the Northern Lights. Up here, the season is incredible eight months long, from late August until late April. As long as it’s dark and the skies are clear, there’s always a chance to capture the miraculous Auroras. What makes Kakslauttanen special ls that you can enjoy the most amazing viewing experience from the comfort of the high tech glass igloos. The igloos are made of thermal glass, so even though it might be icy cold outside, inside it’s always deliciously warm. With no city lights to spoil the view. you can simply lie back and enjoy nature’s very own firework display. Even without the Northern Lights making an appearance, a night under the arctic sky is still an unforgettable experience. 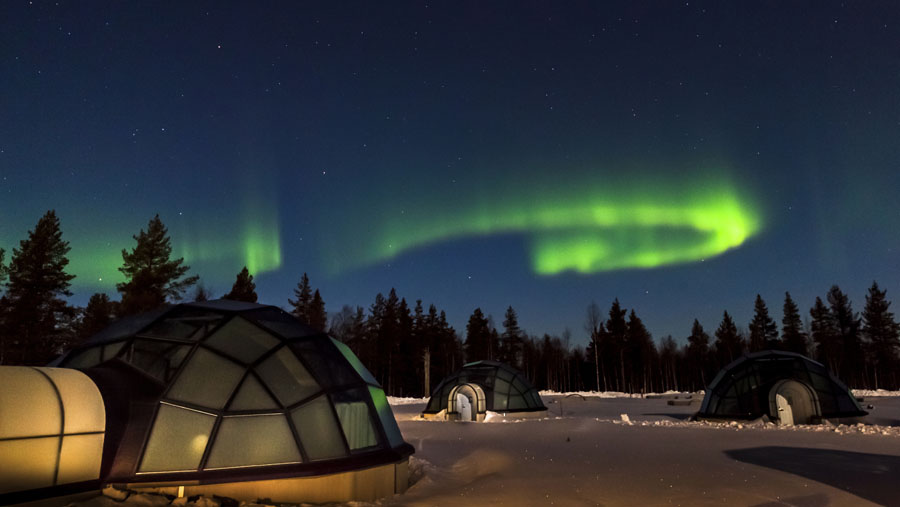 In Lapland, they say that there are eight distinct seasons, each with its own unique set of wonderful experiences to enjoy. The seasons range from the extremes of the Polar Night, when the sun doesn’t rise for weeks and the temperatures can hover around -30°C, to the nightless summers, when the sun never sets. There are few other places on earth where you can experience such a contrast.

Autumn is a marvellous time for observing the Northern Lights. The Aurora season starts around 24th August when the nights get dark again. That is also when the glass igloos open for the season. Autumn is optimal time for hiking and other outdoor activities. During approximately the first three weeks of September nature is ablaze in colours of “ruska”, a Finnish word for the Autumn leaves season. From August to October, the forests are filled with mushrooms and berries. Due to the high exposure to sunlight in a short period of time, the region’s berries and mushrooms are both tasty and packed with vitamins. Travellers are free to help themselves to the natural treats provided by the forest and wetlands. 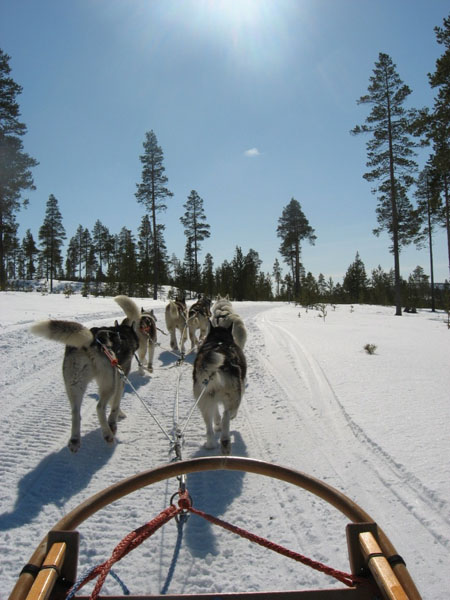 Winter – Up north, the winter is long. There’s snow on the ground from about mid-November until the end of April. In the heart of winter, from December to February, trees sag under the weight of the snow and there is little daylight. In midwinter, we even have the Polar Night, when the sun stays below the horizon for six weeks. However, rather than it being pitch black outside, there’s a magical glow reflecting from the pure snow, which creates a unique light. In January and February, the midday sun paints the sky in brilliant shades of pink and purple, and when she sets, everything turns a fairy-tale shade of blue. And it’s not just the light that is soft – the thick layer of soft snow creates a silence that is magically soothing. 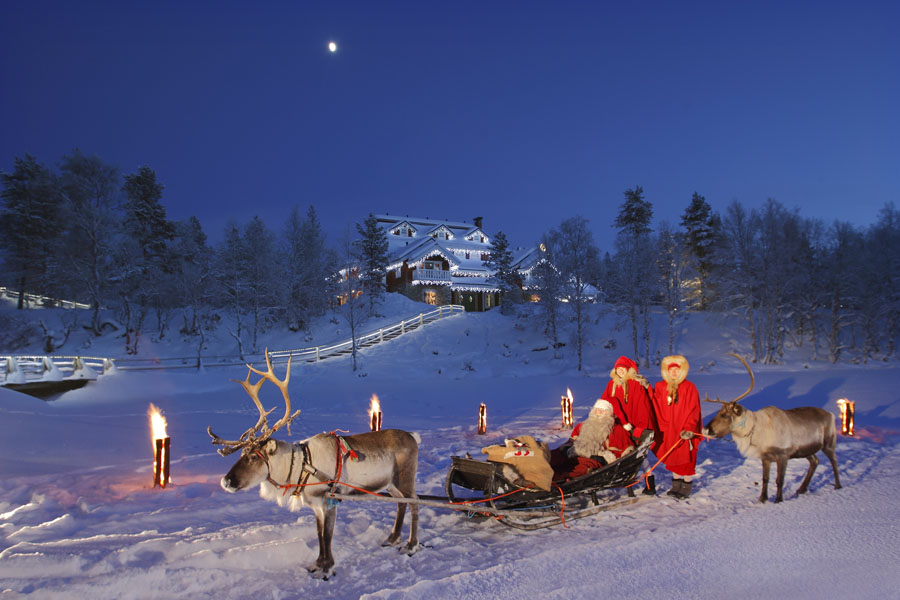 At the edge of Kakslauttanen, deep in the heart of the forest, you can also find Santa’s House

During spring, all the winter activities are still available but the days quickly grow longer. In March and April there are long hours of daylight and the brightness is intensified by the white snow. You have so many options for activities here, feast your senses and work on your fitness with some cross-country skiing on densely packed snow or maybe go for a reindeer sleigh ride in the crisp, bright spring sunshine?

Summer brings about an almost surreal feeling, when the Midnight Sun lights up the sky 24 hours a day. Between mid­ May and early August, the sun never sets, but this doesn’t mean scorching heat; rather, the weather is perfect for outdoor activities in the arctic landscape, which is filled with many outdoor activities during the summer. hiking, horseback riding or quad biking in the middle of the night under the glow of the Midnight Sun is an experience that will be hard to forget. 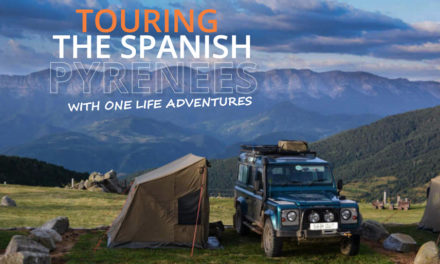 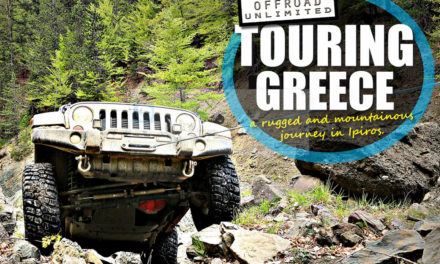 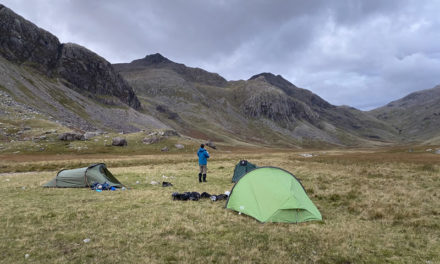 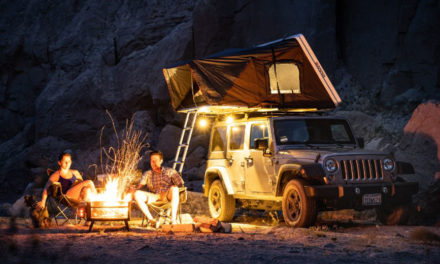 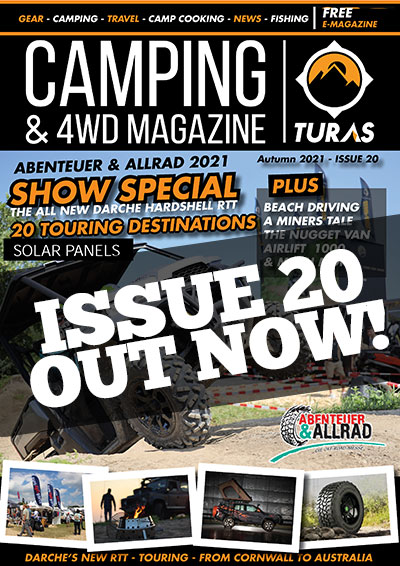